Japanese developer Asobimo has announced the opening of pre-registration for the global version of the multi-platform MMORPG Eternal Kingdom Battle Peak. Those who wish can go through the Google Play Store (Android) and App Store (iOS) or add the game to their Wishlist on Steam. In addition to these platforms, the developers plan to release it on the PlayStation 4 and 5 consoles.

In Eternal Kingdom Battle Peak, players will be able to freely travel around the world, which provides for a change of day and night, as well as weather. Co-op dungeons along with access to various classes and attributes are also present in the game, as is the ability to create equipment using Expertise. 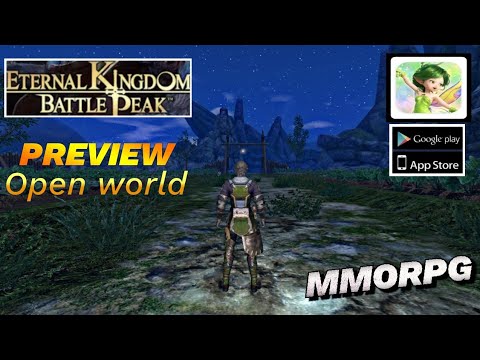 Fans of PvP battles will be able to go to the Siege mode, where they promise large-scale battles for up to 200 players. In addition, there is an Arena for 1v1 fights and a Battlefield with support for up to 30 fighting characters.